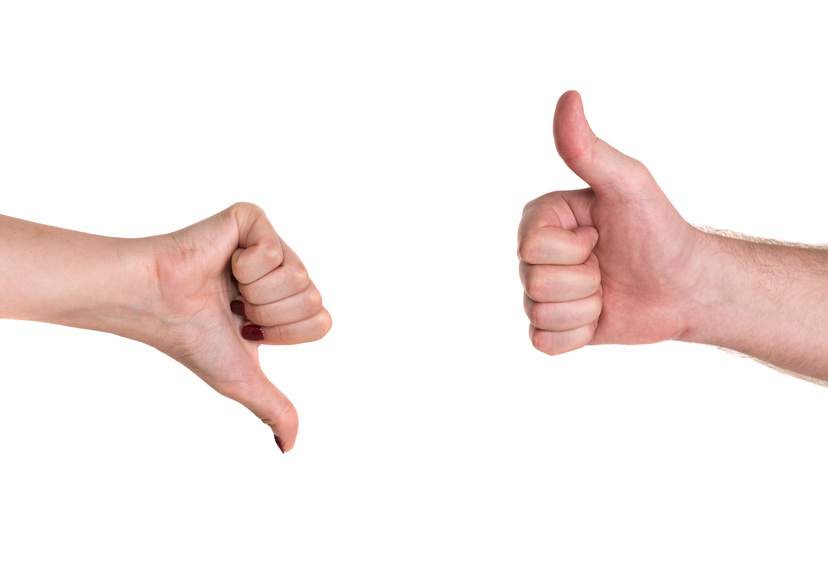 Kids act up. Testing limits is just part of the package. Deciding what to do about your child’s momentary lapses in judgment is one of the challenges of being a parent.

It gets even harder when you’ve laid down the law only to realize it’s Friday afternoon and it’s Dad’s weekend.

While it would be great if Dad would uphold the grounding you just handed down, it’s not always that simple.  He’s already made plans and doesn’t feel his time needs to be spent carrying out your punishment.

Before you know it Jr. is off the hook and the effectiveness of your consequence just took a serious nosedive.

While it’s easy to target Dad as the bad guy.  There are two sides to this dilemma, as one Dad from our parenting community pointed out.

Recently my Ex had a discipline issue come up with our son and decided to punish him by not letting him go to football practice. That would have been fine if had been her night and she was the one taking him. I don’t have my kids very often and when I do, I look forward to spending time with them and enjoying it.

His Mom expected me to back her up and told me (yes, told me) I couldn’t take him to practice. I know as co-parents we need to be on the same page but this just doesn’t feel right. What am I missing?    Sincerely, Shot down Dad

Big props to you for keeping your cool and thinking things through before getting into a throw-down with Mom. Deciding who calls the shots when your kids aren’t behaving is a HUGE issue that lots of parents lock horns over.  (BTW – parents who stay together struggle with discipline hand-offs  too.)

While you have a right to be bent about how Mom handed things off, she did have one thing right.  Parents should show a united front on discipline issues. It’s not okay, however for either one of you to put your foot down and expect the other parent to enforce it without having any input.

Sounds like what happened was Mom lost her cool and wanted to dish out a consequence that showed your son who’s boss. Easy to do in the heat of the moment,  we’ve all been there.

Before another incident crops up, I’d suggest setting aside some time to revisit the situation with Mom.

To set the stage for success, let Mom know that you want to be supportive and in theory, you agree that the two of you need to back each other up.  To avoid creating a rift between the two of you, work together to set up some ground rules for moving forward.

Here are a couple of suggestions:

Talk it over before you hand it over.
If a discipline issue comes up on a transition day or needs to be carried out during the other parent’s time, you both agree to talk with each other before the consequence is given.  At that time you can make a joint decision together about how to best handle the issue.

Each of you may also want to brainstorm a list of appropriate consequences for minor behavior issues that don’t involve the other household.  When an issue crops up you’re not stuck coming up with something on the fly.

If talking to each other beforehand isn’t an option, make an agreement not to give a consequence that impacts the other parent’s time.

Let them wait.
You can also agree NOT to give immediate consequences. Let’s say your son is acting up for Mom. Instead of telling him he can’t go with you to football practice, she could say, “How you’re behaving is a problem. Since you’re going to be with Dad tonight, I’m going to call him and talk about how we should handle this.”

For most kids, not knowing what Mom and Dad are going to do is more nerve-racking than the actual punishment.

Put yourself out there as a united front.
It might also be wise to let the kids know that from this point forward you and Mom will be talking about discipline issues. You may find it will minimize their ability to play one against the other (which any self-respecting kid is going to do from time to time)

Keep time with a parent sacred.
Limiting or taking away quality time with a parent is rarely a good discipline option. I’d also add threatening to send a child to the other parent’s home when they don’t behave is also a big “no-no.” (i.e. “If you don’t like my rules then you can just go live with your Dad” or “You’ll either do what I say or you can just stay at your Mom’s house.”) Time with a parent should never be used as leverage or punishment.

Get em where it hurts.
So what do you do?  When a line has been crossed and you need to set a consequence focus on limiting activities that don’t make a positive contribution to the quality of your children’s lives. For example, instead of saying “No” to football (which is actually a great thing for your son to be involved in) consider putting the TV on house arrest, not letting him hang out with friends on the weekend, putting the cell phone in time out or packing up the play station in his room. While your son may say you’re killing him, missing out on those activities won’t have a long-term negative impact.

Have you ever faced a hand-off discipline dilemma?  How did you handle it? What tips would you add to the list?