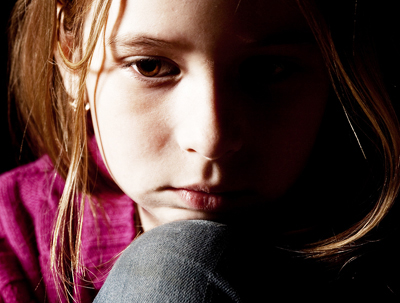 What is Parent Alienation?
Parent alienation is a dynamic where a child is significantly influenced by one parent (typically referred to the “favored” parent) to completely reject the other parent (often known as the “unfavored” parent). Children are literally placed in a situation where they must view one parent as all bad and one parent as all good. This dynamic leaves no space for a child to love both parents. Given that children view themselves as half Mom and half Dad, the end result is that the child is forced to deny or reject a significant part of themselves.
One of the defining characteristics of PAS is that children join the “favored” parent’s campaign of hate and eventually reject the “unfavored” parent.
Other characteristic involve a child:

Characteristics Of An Alienating Parent

What Makes a Difference?
The intensity of the alienation
How aggressively is the alienating parent trying to convince children to reject the other parent? Does the child ever get a break from the alienating? How much support does the alienating parent have to back up their perspective? (i.e. such as step parents, new partners or extended family members who support the alienator’s point of view)
How strong was the “unfavored” parent’s previous relationship with the child
What was the “unfavored” parent’s relationship with the child before the separation or divorce? How involved was the “unfavored” parent in the child’s life prior to the separation, was the relationship emotionally close?
The characteristics and personality of the child
Is the child able to stand up to the alienating parent? Is the child able to have a different opinion than the parent? Can teh child separate themselves from the conflict between Mom and Dad? How old is the child? Does the child have a high level of resiliency?
Unfavored parent’s response to the alienation
Some parents unintentionally make things worse by either being unresponsive and withdrawing from a child’s life. Others might try to turn the tables by fighting fire with fire and trying to convince the child to accept their perspective. Neither approach is helpful in these situations.
Tips for Dealing With Alienation
Behave with integrity.
Just because the other parent is not focused on the needs of the children doesn’t mean you have to do the same. Don’t get caught in the trap of thinking that you’re helpless. While you may not have control over the other parent’s actions, you do have control over how you respond and how you process the situation with your children.
Don’t let the situation take over your life.
Find some support for yourself and as much as possible limit the amount of emotional energy you are giving to the conflict or alienation.  Get informed about alienation, find time to recharge and spend time with people that are positive to offset the negativity of the alienation.
Don’t blame your children for the rejection.
In normal parenting situations its reasonable to hold your children accountable for inappropriate and disrespectful behavior. These situations are not normal circumstances. Children are literally being placed in a situation where in order to be loved by one parent, they must reject the other. If you feel your relationship with your child is in jeopardy, the most important thing you can do is stay involved and do your best to maintain a positive connection with your child. Accountability needs to take a backseat.
Make sure you are taking responsibility for your part.
In some situations, unfavored parents may responsible for the rejection by aggressively fighting back, putting kids in the middle, taking out their anger on kids or behaving in an inappropriate way. Others may add to the problem to completely withdraw from children’s lives because the rejection is too difficult for them to deal with.
Be the most consistent loving parent you can be
When dealing with high conflict situations it can sometimes be hard to see how your actions are making a difference. In some parent child relationships it may take years before you will see the results of your choices and effort. Don’t make the mistake of thinking you do not matter to your children, you do.